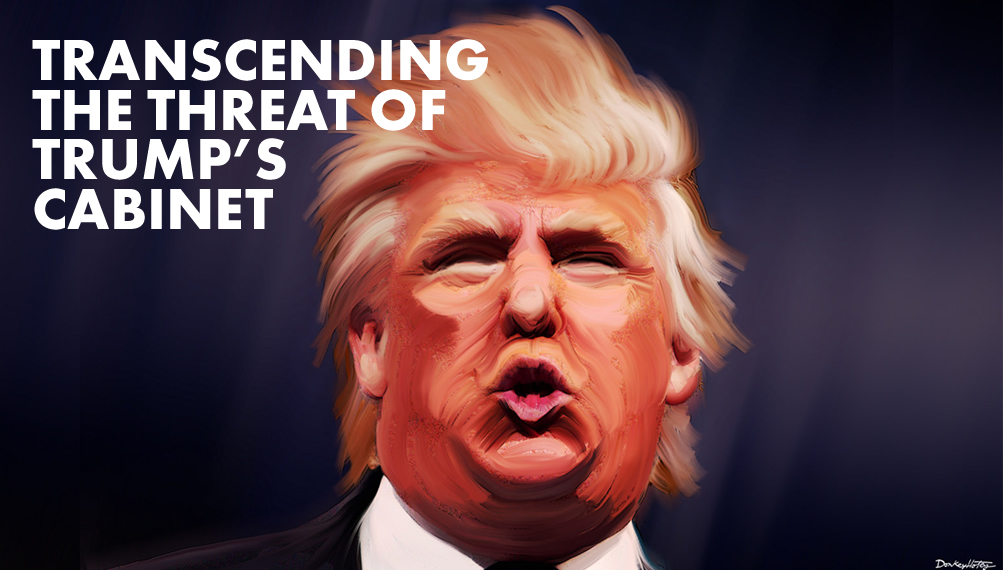 I understand why people are reluctant to talk about politics, especially in the current political atmosphere. It so often fuels negativity, anger and conflict. I believe that is largely due to the nature of our President-Elect.

When we speak of someone like Gandhi or Mother Teresa, emotions of peace, love, empathy and benevolence are evoked. And even when we speak of a president like Lincoln or JFK (though they certainly were not without fault) we have a sense of kindness towards humanity.

I don’t believe everyone that voted for Trump is a racist or bigot. But apparently voting for someone that is was deemed a reasonable concession in hopes that he’d change the old political system or ensure their medical benefits.

ABOUT THE DJT CABINET…

As deplorable as DTJ may be, he certainly isn’t our country’s biggest threat. His Cabinet is.

They are professional politicians, military leaders and corporation executives that know how to leverage their platforms of power and influence. These people know what they are doing, and how to make it all happen. They wield true power.

Honestly, I didn’t even want to write this article. But I feel like I need to get it off my chest. Perhaps this is my own therapy session.

It also serves as a tool to let friends and family understand why I refuse to support DJT or get excited when he supports the use of the word “Christmas” or appoints a black person or woman to his cabinet. Really?

Here’s a brief breakdown of why I view DJT and his Cabinet as such a threat to peace.

// Out of 15 Cabinet members, 12 are climate change deniers, one says “climate change is a reasonable threat” and 1 has no opinion on record.
// DJT has very clearly articulated his plan to pull the US out of the Paris Climate agreement.
// DJT has made an official statement that he will reverse the ruling in Standing Rock and to grant permission to Energy Transfer Partners to go ahead and complete the Dakota Access Pipeline.
// Almost all of the cabinet members have investments in fossil fuels, or come directly from fossil fuel corporations.
// Scientists are frantically copying climate data onto private servers in Canada in order to protect the data because DJT has already begun to target climate activists and has stated that they will be dismantling the concept of climate change in the US.
// The new head of the EPA has sued the EPA twice in the past, and also petitioned for it to be shut down. He’s a board member of Energy Transfer Partners, owners of the Dakota Access Pipeline.
// The new Secretary of State, Tillerson, is the former (as of Jan. 1) CEO of Exxon, with them for 41. He also has close ties to Putin.
All members are in support of the Keystone Pipeline.
A new article in the Guardian breaks it down just with facts, not emotions.

// Steve Bannon, DJT’s Chief Strategist, is an outspoken White Nationalist and ardent racist.
// The Obama administration put the clamp down on human rights abuses when it comes to business policies. DJT is actively in the process of dismantling all of those reforms, in the name of profits, of course.
// DJT is a misogynist that constantly objectifies and degrades women. There’s enough coverage of this one. I won’t give it anymore airtime.
// Every single member of his cabinet has spoken out in their opposition to LGBT rights.
// Multiple members of his cabinet have been sued or reprimanded for racially discriminatory behavior.
// New Attorney General, Jeff Sessions has been reprimanded repeatedly for racist behavior (not just remarks), including verbal support of the KKK.
// Umm…the wall on the Mexican border. I think that speaks for itself. A wall is a deliberate, long term decision in support of division, rather than inclusion. Remember Berlin?

// His cabinet’s combined wealth is over $14.5 Billion, the highest ever.
// He has elected 3 military (very militant) generals to his Cabinet, including one that goes by the name of Mad Dog. (However, he may very well not even be eligible due to an ongoing criminal investigation and the fact that he hasn’t been out of the military for more than seven years, a requirement to be the Secretary of Defense.)
// His Twitter habits tell a haunting story of his intellect, ethics, perspective and temperament. And he now controls our military and the nukes.

The list goes on and on. Frankly, I can’t stomach the research to collect all the data. If you want to understand that depth of it all, just tune in to Democracy Now.

Rolling Stone’s Meet President Trump’s Cabinet of Horrors covers the details quite well in this article. 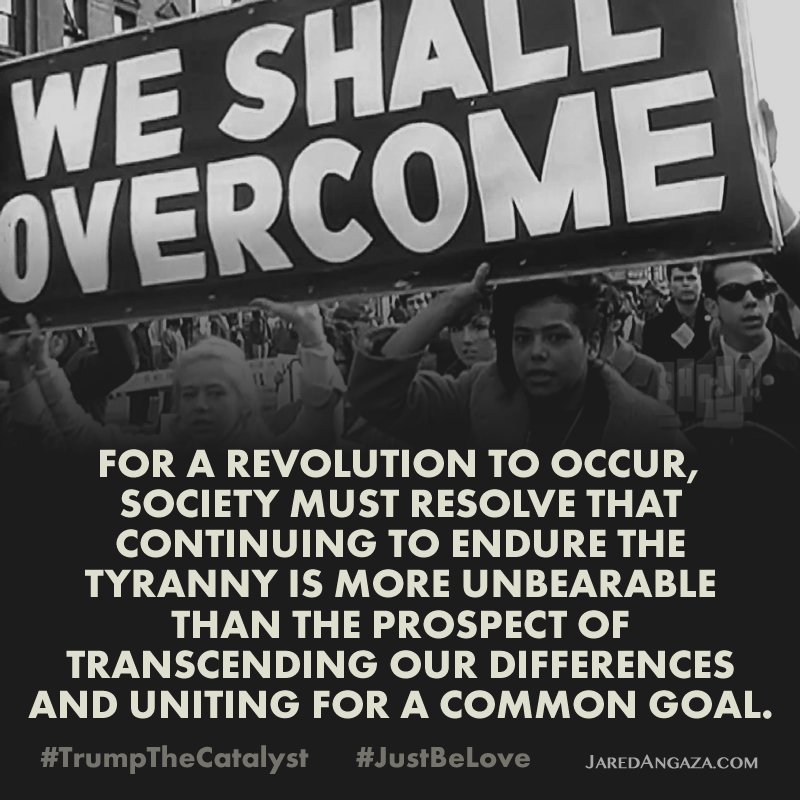 DJT and his Cabinet pose the single largest threat to peace that I’ve witnessed in my lifetime. Remember, the United States is the most influential, and therefor powerful, country in the world.

I’ve spent 20 years promoting interconnectedness, ubuntu, equality, justice and protection of our planet. Many of those efforts included direct resistance to the efforts of DJT’s new Cabinet members. And now they will have more power than ever before.

I lived in East Africa for over a decade, trying to prevent the efforts of imperialistic, tyrannical, megalomaniacs like DJT. And now I’m back in the US for a whole new bread of the same.

The fact that all of the human rights agencies, climate protection agencies and humanitarians are gearing up for Armageddon, (based on facts, policy proposals and official statements, not just blind fear) is quite telling, and scary.

In the US, tyranny is often masked and branded so well that we fail to notice its presence. Apathy creeps in. Habits happen. Social agreements come into place and the tyranny is institutionalized.

But DJT’s presence represents a very specific villain, a very obvious threat. May it be the clarity society needs to motivate us to foster take a stand for peace.

I do believe that we shall overcome, through peaceful perspectives and actions. If anything, I hope DJT and his Cabinet’s presence creates an environment that causes people to wake up from their apathy. I hope they serve as a catalyst for moving society towards consciousness, non-violent resistance and positive action.

I choose to look at the positive, to use this threat as more motivation to be a source of peace and a creator of peaceful, inclusive, alternatives in harmony with our planet.

I don’t have a lot of great advice, but here’s what I’m doing.

// Meditate and pray for peace and planetary harmony.
// Don’t join into the hate and negativity.
// Block out as much of the negative news as possible. (I now limit my Facebook time to 5 minutes per week)
// Send love to DJT and his Cabinet. I mean it. (I am doing this daily.)
// Resist tyranny and division with your lifestyle choices.
// Work to create alternatives to practices that threaten the vitality of our planet and people.
// Remember, a war against a war is still a war. 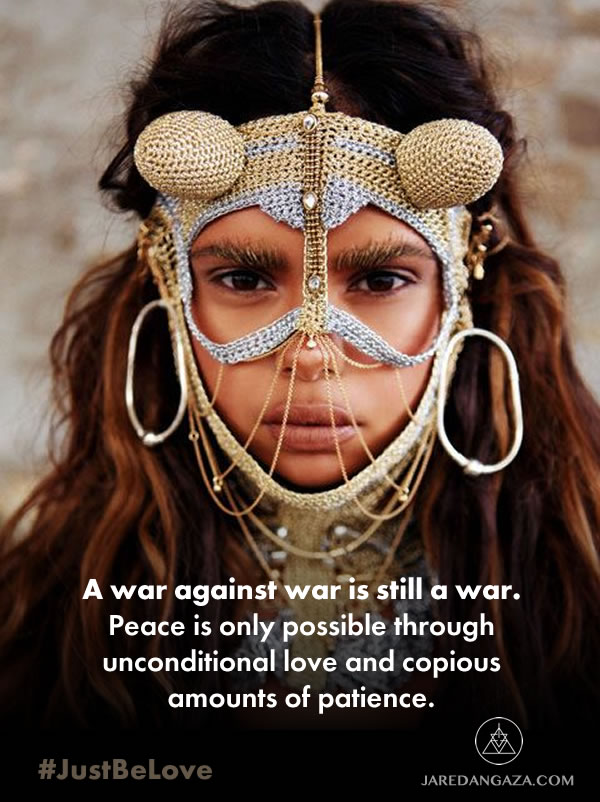 We can’t allow ourselves to be filled with hate or fear. There is enough of that running through the veins of our Cabinet members. We have to rise above and “be the change we want to see in the world”.

I wish you peace on your journey.
May you align with love and let your life speak.
Mitakuye oyasin.