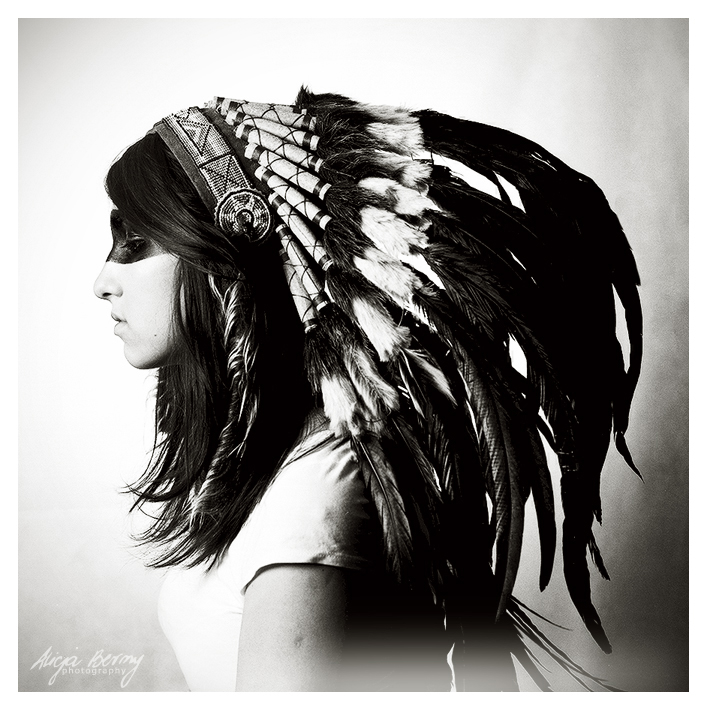 In 1927, the Grand Council of American Indians made a statement about the colonization of America by “the white man”. Today we would call it “development”.

“The white people, who are trying to make us over in their image, they want us to be what they call “assimilated”, bringing the Indians into the mainstream and destroying our own way of life and our own cultural patterns. They believe we should be contented like those whose concept of happiness is materialistic and greedy, which is very different from our way.

We want freedom from the white man rather than to be integrated. We don’t want any part of the establishment, we want to be free to raise our children in our religion, in our ways, to be able to hunt for fish and live in peace. We don’t want power, we don’t want to be congressmen, or bankers… we want to be ourselves. We want to have our heritage, because we are the owners of this land and because we belong here.

I’ve studied the history, culture, customs and ultimate plight of the American Indian since I was a young child. It’s in my blood and part of my heritage. It’s a heritage I am proud of.

It’s also a lifestyle that I find myself continually searching for in the modern world. Such a pure and beautiful way of living, untainted by the addictions to materialism and power that drive so much of society today. I would give anything to go back to the way of the American Indian. It’s something I continue to study and discuss in my daily life.

The American Indian culture has been mocked and commercialized ever since, culminating with the celebration of Thanksgiving. The culture, as it was, no longer exists in America.

Take a moment to imagine what America would look like today if Europeans had collaborated with, rather than annihilated the American Indian and their culture.

As I continually study development and philanthropy, I can’t help but see similarities in the past destruction of the American Indians in the current development of Africa (and other developing areas).

I pray that the west does not stamp out the unique culture and art of Africa, but that they would keep it sacred and flowing. I pray that Africa is not so seduced by the glamour and fame of the west to the extent that they trade in their souls for power and money. I pray that philanthropist, missionaries and aid workers alike would cherish the beauty of the ways of Africa, and keep them pure.

As you strive to do more good in the world, especially in Africa, I encourage you remember what happened to the American Indians and learn from the mistakes of those that came before us. This is a chance for a new start. A chance to preserve the heritage, culture, art and beauty of such a diverse continent.

This is a time to replace the quest for power, control and money with the way of love, creativity, peace, uniqueness and ubuntu.

Let us keep her sacred, lest we loose another irreplaceable contribution to the beauty of this world.