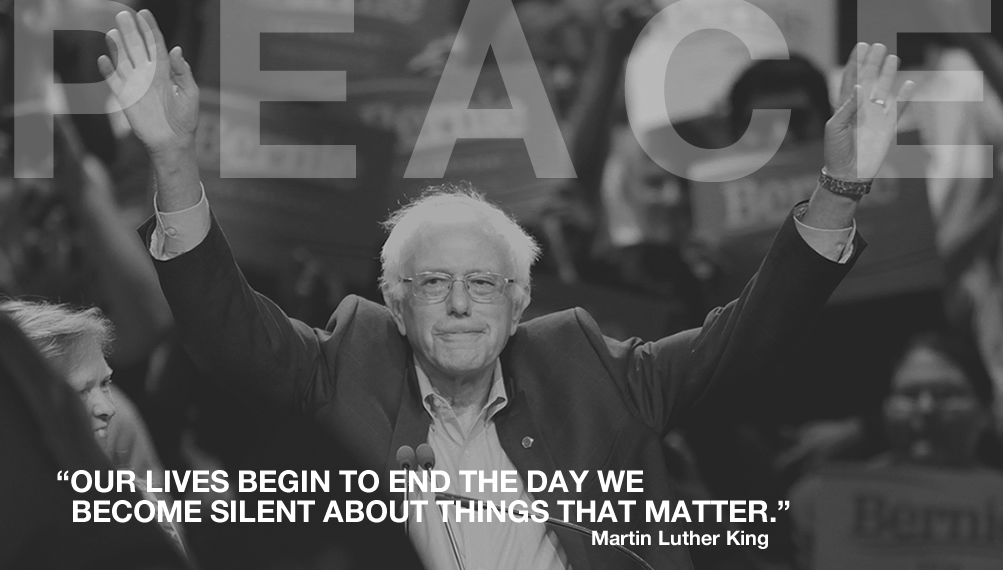 Elections come and go in the United States, and often, little changes. But the 2016 Presidential Election is already proving to be an entirely different animal. Something important is brewing.

Due to the dramatic juxtaposition of the characters in this charade, the United States has created the world’s most discussed reality TV show. Sensationalism is king, and the media are having a ball with it.

I don’t think Jerry Springer himself could have crafted a better lead character than Donald J. Trump. He’s really quite a legend. His, “Make America Great Again” slogan carries a similar level of depth and authenticity as his typical SNL performances.

I feel safe in knowing that Trump is just an orchestrated distraction to divert people’s attention from issues that matter, but his continual rise in the media is troubling, nonetheless.

While I don’t believe he is actually a presidential candidate, I do believe he’s a real threat to American society and to international relationships with the United States.

He is the personification of the fearful, misogynistic, homophobic, narcissistic, racist, elitist perspective that keeps the United States divided. His violent nature, simple words and fear driven policies appeal to the average, frustrated, fearful American, as well as the media’s lust for easy ratings. So his popularity isn’t necessarily surprising.

It’s a lot easier to blame immigrants, minorities and the poor for America’s problems. The elite have been systematically orchestrating that perspective since the inception of the United States.

Trump isn’t anything more than a pathological, failure ridden businessman that has expertly leveraged our tyrannical capitalistic agreement in his favor. Yet he still proves to be quite a threat to international relations with the US.

Any American that has lived in another country knows the pervasive reputation of the United States is that of an elitist bully. And Trump is determined to make it official.

In many ways, Trump’s sensationalist behavior in contrast with Sanders’ “people’s revolution” ethos and Clinton’s “maintain the status quo” legacy has made election issues a lot easier to navigate and discuss amongst the masses.

We’re no longer dealing with a game of nuance.

Sanders has unleashed a firestorm of facts about how our entire political system is a facade, designed to protect the elite and provide the illusion of democracy for American citizens.

It’s worth noting that the most effective tactic of tyrannical oppression and social control is to keep the people divided. Trump would serve that agenda well.

And there is yet another very telling battle amongst us.

If the election were determined by the votes of the majority of eligible voters, the US would have a true democracy. But this is certainly not the case. As Sanders and Clinton battle it out, the world is getting a rather profound view of just how orchestrated the US election process is. It’s a game of who can raise the most funds, obtain the most Super PACs, and buy the most Super Delegates.

On top of that, there is the issue of voter suppression in Arizona, “DOJ looking into voter suppression claims in Arizona”, and the release of the Panama Papers. Bernie is winning the votes of the people. Clinton is racking up Super Delegates and continuing to beat him anyway. Trump is leading the GOP and his colleagues are vowing not to support him.

I pray that at some point, the compound interest of irrefutable evidence begins to convince society that it’s time for a revolution founded in love and interconnectedness. {A boy can dream…} 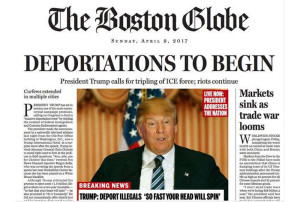 The United States political monster has become so grotesque and powerful that most people can’t even fathom the concept of challenging it. The fact is, the majority of society doesn’t even want to know how bad it is. But the ones that do care, recognize the rather tremendous opportunity in our midst.

What we’re seeing from the Sanders campaign is a ploy to create an actual democratic revolution founded in our interconnectedness and authentic desire to thrive as a society. That’s real democracy, from and for the people. Not the corporate owned illusion of democracy we’re used to.

This is no longer just about who becomes the next president of United States of America. The US is the most influential country on the planet, and the world is watching.

This is a story about the perspective, values, priorities and ultimate resolve of American society. Over the next eight months, Americans have an opportunity to help foster a real democratic revolution, if they so choose.

The likelihood of Sanders being elected in an ultra oligarchical US government is beyond unlikely, and arguably impossible. But, let us not neglect or squander the value of the widespread conversation about the brokenness of the US government and its elitist and capitalistic nature.

This is a time to really think about what you value most. What kind of country do you want for our children? You are now presented with one of the most extraordinary opportunities to participate in the future of your country that you may ever experience.

Apathy is like an acid that deteriorates a society, and may be the most effective tool for maintaining the status quo.

It’s easy to pin Sanders as just a naive, unqualified, utopic thinking, hippy, despite his 34 as an elected government official and pristine record of petitioning for justice and equality for the American people. And frankly, discrediting him provides and easy out for to negating any responsibility of playing an active role in fostering a peaceful and united nation.

In the end, Trump isn’t the real threat, nor is the imperialistic nature of the US government.

The greatest threat to American society is the combination of well orchestrated, corporate owned propaganda and consequent societal apathy that has developed the fearful perspectives responsible for the rise in popularity of a violent narcissist like Trump.

We are at a crossroads. It’s time to engage. Those that choose to refrain are casting a vote of apathy, and that is the most dangerous choice of all.

Whatever, you choose; I pray you are motivated by love.

“Justice at its best, is love correcting all that stands against love.” – Martin Luther King Jr.

This is pretty priceless. And I think it’s also important that people really think through the most likely outcomes of someone like Trump actually being the POTUS. Fortunately, I don’t believe that could ever happen. CLICK HERE TO GET THE PDF

BERNIE’S LATEST AD WILL GIVE YOU CHILLS

This is a clip of The Young Turks doing a review of an ad that a colleague of mine, Jonathan Olinger, made for Bernie Sanders through his project HUMAN. It’s a spectacular 1 min film, and the commentary around it is also quite compelling.

Well, I think this one speaks for itself. One of the most thoughtful and talented photo journalists of our time saw Trump’s rise in popularity as being so vile that it was worth him jeopardizing his role as a non-biased journalist in order to use his platform of influence in the name of peace.

This is a very thoughtful and intelligent discussion with Noam Chompsky about the importance of this election and some of the vast differences between the candidates.

John Oliver’s summing up Trump, or Drumpf, video has been viewed over 24 Million times since it came out just over a month ago. It’s definitely funny, but also painfully telling about the type of person Trump actually is.

Rachel Maddow used a series of real clips from the past few months to very clearly and irrefutably outline how Trump is a promoter and instigator of violent behavior. This is probably the most frightening portrayal of Trump (all via his own words) I have seen to date.

Susan Sarandon is speaking out in support of Bernie Sanders because she believes we’re on the cusp of a real revolution, even if Trump were to win…. (And I’ve have to agree.)

Rosario Dawson gave an extremely moving speech to introduce Bernie Sanders in San Diego and continues to campaign for him around the US. She notably stated, “This isn’t the GOP vs. the DNC. This is the 99% that is too big to fail against the 1%!”

AVAAZ, arguably the world’s largest and most effective petitioning platform, has created an “Global Open Letter to Donald Trump” attempting to gather 2 Million signatures, and then leverage that to inspire bigger influencers to help remove him from the election process. They are already at 1.6 Million signatures in less than a week, and celebrities and others of influence are already signing on as well.