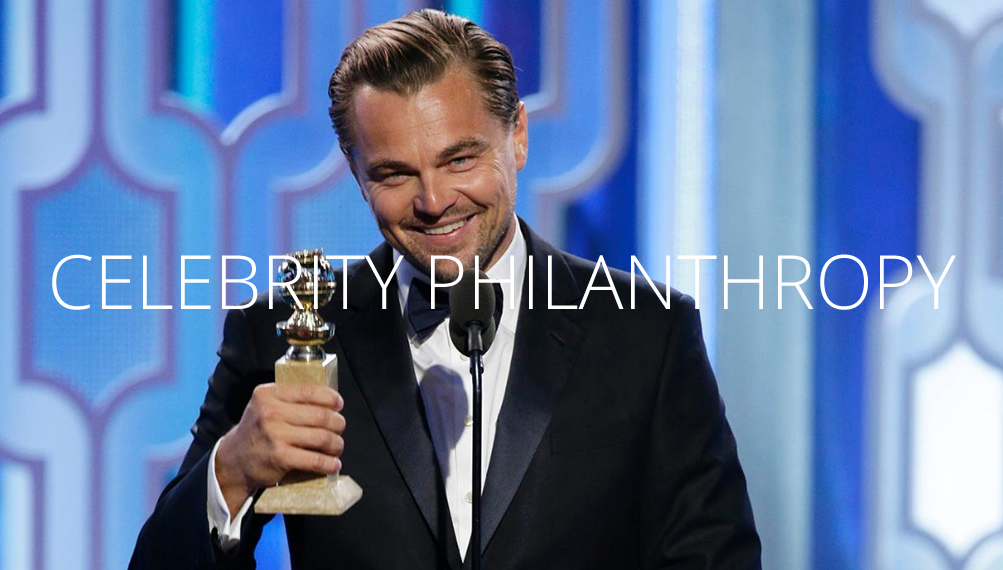 Society has always been heavily influenced, if not guided, by celebrity. They are the trend setters and often the primary influencers of politics, economic agreements and social environments.

Paris Hilton is what you’d call a celebutante: a celebrity not through talent or work, but through inherited wealth and lifestyle. Gandhi was a poor peasant that spent his life petitioning the world for peace. Both are celebrities. Both have influenced society.

The United States of America is the most influential country in the world. Not necessarily because it the best or the most of any elements needed for power, but because it produces an astounding number of celebrities.

Worldwide, the developed world (which also tends to set the trends) follow the influence of celebrity, no matter where they’ve derived. The ole US happens to the most.

I wrote a blog back in 2011 called “Who Needs Celebrity Philanthropy”. I was living in Rwanda at the time and I noticed the pervasive sentiment amongst fellow humanitarians that celebrities were just self serving attention whores with no right to be engaging in philanthropic work. Frankly, that never made any sense to me.

Celebrities have a tremendous amount of power influence. They shape perspectives and beliefs; for good or for bad. The defining element that makes them a celebrity is that they are celebrated by a significant portion of the public.

If you have a cause to promote, a policy or system to reform or a movement to incite, it seems advantageous to recruit the most influential people in society. It’s not the only way, but strategically, it has a lot of value.

The growing trend of our most celebrated and influential members of society engaging in benevolent service is a trend I’m happy to support. Perhaps if we celebrated more of their benevolent work, and less of their self serving drama, we’d see them grow exponentially more effective as humanitarians.

You are a member of “the public”. You probably have a Facebook account. What types of news and videos are you most likely to circulate? Does it support the positive aspects of celebrity, or the sensationalized, narcissistic drama? You are playing a role in what gets the most attention.

If you didn’t see Leonardo DiCaprio’s Oscar acceptance speech, I highly recommend taking the 3 minutes to listen. It was a beautiful moment, and I feel this is precisely the type of celebrity behavior we, as a society that chooses our celebrities, should be honoring and sharing.

DiCaprio’s recent production of Cowspiracy, was one of the most well created and important documentaries I’ve seen in 20 years of activism.

People tend to do whatever gets them the most attention. I’d say that’s doubly true for celebrities, because their livelihood depends on it. Just remember that we, the people, are the ones choosing what we celebrate.

You are a participant in this grand production. May you hold yourself to the same standard as you do the celebrities you follow, and may you be responsible with your power to choose the type of lifestyles and behavior you promote.